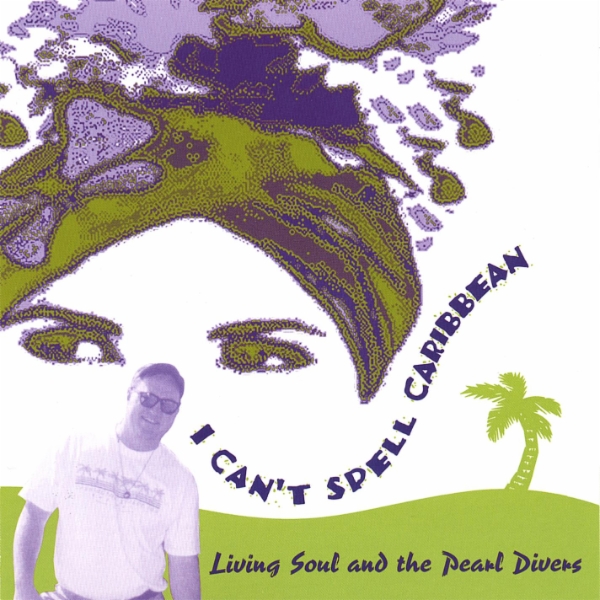 I Can’t Spell Caribbean is another Living Soul project written by Don Middlebrook. The Harmonica work of Greg “Fingers” Taylor is prominate throughout the project and has created rave reviews from parrotheads across the country. “I Can’t Spell Caribbean”, the title track, is a mid-westerners view of Key West. Sings Middlebrook, “I’ve had my share of key-lime pie, I’ve had oasters in the half shell, I almost died. I can’t spell caribbean, I’m a mid-western boy at heart.”

This CD was the readers, “best of 2002, Best Boating Music” by the Oakland County Press, “ship-to-shore” edition. An ironic first runner-up was anything by Jimmy Buffett. If you like boating or sandy beaches, you’ll love “I Can’t Spell Caribbean”.

Don Middlebrook is front man and singer/songwritter for Living Soul and the Pearl Divers. He is finally being recognized around the country for his fine song writting talents. Touring for the past two and a half years with Greg “Fingers” Taylor has brought attention to the songwritter who could have very well gone un-noticed.

The band is rounded out by many a visiting artist, depending on the gig, but is always stablized by Chris Corey, a keyboard player with twenty years of experience originally from Michigan, moving to Arizona, then back home to Michigan. Greg “Fingers” Taylor toured and recorded with Jimmy Buffett for twenty-six years and James Taylor for four years. Known not just for his talents, but his knack of hooking up with strong songwritters, Fingers and Middlebrook continue to tour and write throughout the midwest.

They are currently recording a new CD called “Changing Lanes” to be released April 2003, two songs of which are already committed to a Showtime Original to be aired in June of 2003.